The Kimberley Foundation is a Private Charitable Trust established by the late Mr Peter F. Williams AO in 1989. For 20 years the foundation funded a variety of organisations both in Australia and overseas, mainly in the areas of health, welfare and medical research.

The foundation was named after The Kimberley region in Western Australia, an area much loved by Peter and and his wife, Prue Williams.

In 2010, the trusteeship was passed to Mr Williams’s daughter Mitty Williams who has reviewed the purpose of the foundation and its approach to funding. 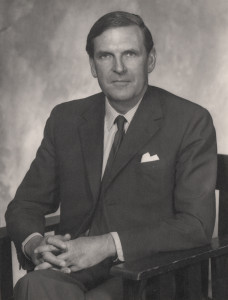 Peter Frederick Williams AO FRACS was born in Melbourne in 1922, educated at Melbourne Grammar School and graduated in medicine from Melbourne University in 1946.

After internship he went to Britain for experience and training in orthopaedics, and returned with fellowships of the Royal College of Surgeons in both England and Australasia.

Peter held appointments at both the Royal Melbourne Hospital (RMH) and Royal Children’s Hospital (RCH). He became Director of the Department of Orthopaedics at the RCH in 1963 and was involved in the transfer of the hospital from Carlton to its current site, opened in 1963 by Her Majesty the Queen.

Under Peter’s leadership the department was to become one of the leading hospitals in paediatric orthopaedic surgery in the English speaking orthopaedic community. As a consequence of his expertise he was invited to participate in training faculties in the USA and was a guest to a number of orthopaedic institutions.

Having seen the methods of training in North America, Peter set about developing a program along similar lines to train orthopaedic surgeons in Australia. This was the genesis of the current program so highly regarded by those fortunate enough to have been selected to participate.

He developed a Fellowship Program at the RCH, which involved postgraduate training in orthopaedics for local and overseas trainees. It was a matter of great pride to Peter and to the entire department to see these fellows go on to become eminent in orthopaedics in many other countries.

Peter Williams AO was the prime mover in motivating the Department members to contribute to the Text Book of Paediatric Orthopaedics and was the author of many articles in the orthopaedic literature, his major interests being Cerebral Palsy, Arthrogryposis, and Dislocation of the Patella and all aspects of pediatric orthopaedics in general.

He was an examiner for the College in Orthopaedics and served in this capacity for a number of years. He was ultimately appointed Chief Censor of the College.

He was recognized for his significant contribution to Australian Orthopaedics when he was appointed as an Officer in the Order of Australia in 1986.

In 1953 Peter married Prudence Hawker and four children followed. He had many interests outside medicine including farming, vintage cars, sailing, reading, woodwork and philanthropy.

Throughout his life, Peter had a strong commitment to improving the lives of others through the medical profession and private giving. He encouraged philanthropic values within the Williams family and was committed to leaving a long-term philanthropic legacy to be continued by his children.